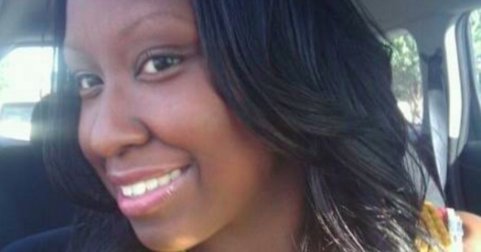 Cherelle Baldwin is a 24-year-old Black mother and survivor of domestic violence. She has been incarcerated for the past three years for defending herself from an abusive ex-boyfriend who attempted to kill her. In spite of having an order of protection against him, Cherelle’s ex-boyfriend sent 36 angry, threatening text messages before he found her, beat and choked her inside and outside her home. With a broken leg and a baby sleeping in the house, Cherelle tried to defend herself and her baby inside. As a result, her abusive ex-boyfriend died. If she had not defended herself, Cherelle could have been murdered, like the 18,000 victims of domestic violence killed by a male partner since 2003–nearly 3 per day.  Still, the state of Connecticut is charging her with 1st degree murder.

Join the national effort to #FreeCherelleBaldwin and return her to her family.

The Free Cherelle Baldwin defense committee is a group of individuals and organizations supporting Cherelle and her family towards justice. We affirm Cherelle’s survival and right to self-defense. All Black survivors of violence have the right to self-determination and safety! Survivors of violence should be supported towards healing, safety and self-determination, not criminalized. Join us in demanding Cherelle Baldwin’s immediate release and reunification with her family.